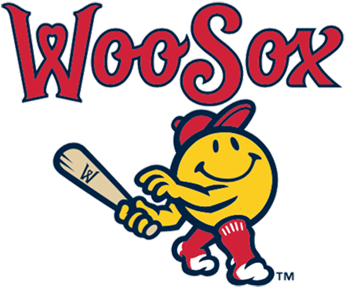 The Worcester Red Sox (nicknamed the WooSox) are a professional minor league baseball team based in Worcester, Massachusetts. Beginning play in 2021, the team is the Triple-A affiliate of the Boston Red Sox, succeeding the Pawtucket Red Sox. The team competes in the International League, known as the Triple-A East for the 2021 season, and plays home games at the purpose-built Polar Park in Worcester.

In February 2015, a group of New England business leaders, led by Larry Lucchino, purchased the Pawtucket Red Sox, Triple-A affiliate of the Boston Red Sox since 1973. By mid-April, ownership was exploring moving the team from Pawtucket to Providence, Rhode Island. In September, Governor of Rhode Island Gina Raimondo stated that the land in Providence being considered for a stadium, "was not suitable and there were too many obstacles that remained." During 2016, a feasibility study was conducted on potential renovations of the team's Pawtucket ballpark, McCoy Stadium; and from mid-2017 to mid-2018, building a new ballpark in Pawtucket was explored.

A financing arrangement for partial public-funding of new stadium in Pawtucket was rejected by team ownership, who announced on August 17, 2018, that the team would relocate to a new stadium in Worcester, Massachusetts, in April 2021. While it was initially reported that team would be named the Worcester Red Sox, the club announced a "name-that-team" competition in November 2018. The team name was officially announced on November 25, 2019, and confirmed to be the Worcester Red Sox with "WooSox" as the nickname.

Like Providence, Worcester fielded a short-lived major league ballclub in the early 1880s, the Worcester Worcesters, who competed in the National League.

In conjunction with Major League Baseball's restructuring of Minor League Baseball in 2021, the Red Sox were organized into the 20-team Triple-A East. Billy McMillon, who had previously managed the Pawtucket Red Sox, was named Worcester's first manager. The team's first games were originally planned for April; however, the start of the Triple-A season was delayed into May. The team released its debut roster on May 3, and opened the season on May 4 with a loss against the Buffalo Bisons in a game played in Trenton, New Jersey.

The team played select games as "Los Wepas de Worcester" when participating in the Copa de la Diversión, a Minor League Baseball celebration of Hispanic and Latino heritage. In December 2021, team was named winners of the Copa de la Diversión series, and were awarded the "Fun Cup". In 2022, the Triple-A East became known as the International League, the name historically used by the regional circuit prior to the 2021 reorganization.